My Brother My Sister: Story of a Transformation

On a visit to New York, the brother of well-known film critic Molly Haskell dropped a bombshell: Nearing sixty, married with children, Chevey revealed he was transsexual and would begin to live openly as a woman. Despite her longstanding liberal views, Haskell was dumbfounded.

In My Brother My Sister: Story of a Transformation, she recounts the steps in Chevey’s transition, while candidly exploring her own emotional journey, from shock and bewilderment after the initial announcement to a place of acceptance, empathy, and love for her sister Ellen. Throughout the book Haskell turns her critic’s eye on herself, but also broadens her lens to include psychoanalytical and scientific research, meditations on sexual anomalies in art and mythology as well as previously published memoirs such as Jan Morris’s classic Conundrum.

This is a memoir that pulls no punches in its exploration of a controversial, delicate subject. Through Chevey’s transformation into Ellen, Haskell has produced a cultural map of not only her sister’s experience, but of gender roles and transsexualism in a world increasingly governed by notions of individual identity. My Brother My Sister is tender, honest, informed, and at times a humorous must-read for anyone who has ever struggled to discover who they really are. 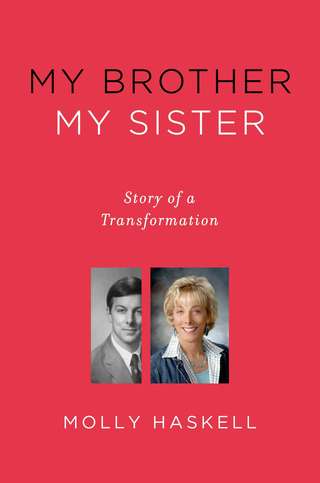