"Battle of the Sexes"

A unique view of the confrontations between men and women, the darker side of men, and how both sexes react to these differences. 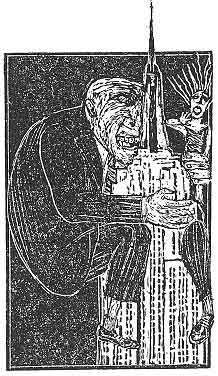 In New Jersey an estranged husband goes home one night with a gun and shoots and kills his wife and two children. In "Shoot the Moon" a divorced husband (played by Albert Finney) comes home and with his car as a weapon, demolishes his ex-wife’s newly built tennis court, risking the lives of sundry children as he does so.

We are appalled by the first. We are meant to celebrate the second - if not the act of destruction, then the emotion behind it. The poor guy is confused. He has been driven berserk by the sight of his children at play, his wife with her lover, life going on without him. Never mind that this is a man woo has had a woman on the side during the last several years of his marriage, who walked out on his wife in a fit of rage. AIbert Finney, cuddly and bearlike, automatically makes the husband a figure of sympathy, and if there were any doubts about how the film makers intend us to feel, the sacramental last image, in which he raises a supplicating hand to his wife, dispels them. We weep or are meant to, and many do- for all the shattered homes, heartbroken children, husbands and wives who are miserable but still bound by ties they cannot sever.

There is a thin line between murderous anger and murder, and you have only to read the tabloids to know that more people are crossing it every day. Yet movies portray the New Brutes -" the raging bear (Finney) and the Raging Bull (Robert De Niro's Jake La Motta) as variants of the noble savage. They are childlike, almost holy figures untainted by grown-up thought and manners and therefore closer to life - which they are only in the sense that raw sirloin is closer to a living cow than a charcoaIed steak.

The Finney character is no uneducated behemoth but a writer, yet he is barely able to articulate a whole sentence, and his insights into the ways of the human heart could be fitted comfortably into a nutshell. “Shoot the Moon" is not the first movie to exalt feelings over words, but it is unusually shrewd in its vagueness - allowing audiences to fill in the blanks with their own grievances.

A literary celebration of out-of-control male sensitivity crops up in Scott Spencer's "Endless Love," in which the excluded lover - Holden Caulfield as arsonist- takes mad, disproportionate revenge. AIthough the effects are dazzlingly controlled, Spencer doesn't convince me that the beloved is anything more than kindling wood for the hero's emotional bonfire.

Even if the ravings of the New Brutes were true love arias of a Don Jose for Carmen or Tamino for Pamina rather than wails of self-pity, might the world not be better off with less passion and more politesse? After all, the hope of civilization rests not on how you feel about those nearest and dearest but on how you act toward strangers, and at the moment there are too many feelings and not enough manners. The emphasis on feelings reflects a growing parochialism and a retreat into personal relationships, away from public encounters that define the quality of life in a society. Every fanatic, every miscreant undoubtedly acts out of some deep passion with a clinical dossier to go with it.

The sexual charm of the raging bulls and raging bean has always eluded me, with one exception. When I was about 16 I fell in love with a Godzilla type who went to college in the neighboring county. He was handsome in an odd way, tall and burly, with a pink baby face that turned purple in anger. His appeal was that he was unpredictable, ungenteel and, therefore, unlike any of the other boys I dated. He would slam on the brakes in the car and turn on me in a rage, oblivious to cars screeching to a halt, horns blaring. Or at a fraternity dance, if he thought I was enjoying myself with someone else, he would storm into the woods where I would pursue him, only to find him pounding his fist against a tree or sobbing.

I was intoxicated by my power to turn a man with a sheepish grin and surly wit into a snarling savage. Then one day it dawned on me that he wasn't crazy in love with me, he was just crazy. Whatever the source of his anger, it fed on itself and was its own world and raison d'etre. Like a bawling child, his tantrums became their own justification; in a flash the storm would stop, the impetus forgotten.

I have often suspected that at some early stage in the ordeal of battered wives they must feel, as I did, a certain excited awe, mistaking ferocity for passion. Just as female dependency has been romanticized in song and story, so male violence has been eroticized into the King Kong mystique: I maul you, therefore I love you.

The cult of feeling, a legacy of the 1960's, goes hand in hand with the cult of sincerity that layover that decade like a wet blanket. Restraint was mistaken for repression and it was assumed that if people held things back they were dead inside. To rescue the living dead, along came the human-potential movement with its slobbery St. Bernard embrace and its mind-shrinking vocabulary .It was the very sacredness of feelings in an alienated culture that allowed them to be used as weapons of manipulation and intimidation.

A big-game hunter in the field of expanding consciousness, Andre Gregory comes home In "My Dinner with Andre" to show us his latest trophies. He transfixes the audience with an Ancient Mariner eye and refuses to let us leave untill he has told us all his Tibetan tales. In one of his more fatuous comments (and they are legion), he expresses anguish over having to call his doorman by his first name while the doorman is obliged to call him Mr. Gregory - a "liberal" burp of egalitarianism that has more to do with the guilt of one person than the needs of another. If I were the doorman I'd prefer to open the door a thousand times for Mr. Gregory than listen to one of Andre's banal confessions - for which I'd expect a generous gratuity

What we need are neutral zones, Maginot lines behind which we can negotiate different levels and stages of relationships without having to bare our souls to every stranger or endure the same from them.

Some years ago I was invited to a get-acquainted lunch by someone in the film business. He asked me some rather personal questions that I answered evasively; then he presented me with an unsolicited confidence of his own. It was done, ostensibly, in the name of honesty, of "clearing the air," but instead it made me uncomfortable- so much so that I began to suspect that he was testing me, even embarrassing me. I think that I had intuitively grasped most of what he wanted to tell me without his actually saying it: It was implicit in certain nuances, the shadings of tones, games, lies If you will- but lies that could protect us both from a premature (and perhaps undesired) intimacy while allowing us to understand each other.

"Man is least himself;" said Oscar Wilde, "when he talks in his own person. Give him a mask and he will tell you the truth."

Indeed, the more Andre Gregory talks about being True to Himself, the less true to any discernible self he seems. His "revelations" reveal nothing, whereas his manners are what define him. His bird-like way of spearing and swallowing his food, chattering all the while, his unembarrassed ease with the head waiter, his actorish self-consciousness and self-approval- these tell us what we need to know about his claim to living on the edge.

Such absurdities spring from the American illusion of self-creation. The more original we try to be, disowning our parents, our culture, manners, and conventions, the more thinly textured and hollow we become. I am reminded of a very young woman who told me defiantly: "I am not a feminist. I am not a woman. I am me." As if being a woman was a secondary characteristic like bushy eyebrows or thin ankles; as if feminism was a label and not an ancient visionary hope of raising half the human race so that It could look straight into the eye of the other half. She thought she was making herself more interesting, more extraordinary, when in fact she did the opposite. Hers was a poor, pathetic idea of independence. For we are put on this earth to receive and pass on, to make connections, to remember and refashion, and how much richer is the oceanic feeling that we are part of something larger than ourselves than the insular feeling that we have been invented but once for a special occasion.