"Holding My Own in No Man's Land: Women
and Men and Film and Feminists"

from the Chapter "Two Protofeminist Heroines"
His Girl Friday

The marvel of "His Girl Friday" is that a newspaper comedy about two men-the big-city editor trying to hold onto his suburbia-bound ace reporter-could with so little alteration be turned into a divorced-lover comedy about a male editor and a female reporter, played respectively and unforgettably by Cary Grant and Rosalind Russell. The play, Ben Hecht and Charles MacArthur's "The Front Page," had already been made into one film (1931; directed by Lewis Milestone) when Howard Haawks got hold of it. But the male buddy story is already a love story of the screwball variety-antagonism as a cover for attraction; they can't admit how much they need each other-so it was not so much a stretch as a natural step into the open expression of sexual attraction, complicated and enhanced by the conflict between marriage and work for the professional woman. Whatever defects the Hawksian worldview may have in its compensatory overvaluation of male heroics, its adolescent hierarchical rating of manliness, stoicism, professionalism, Hawks has given us some of the most exhilaratingly rambunctious and assertive heroines in cinema. They have outlasted more pliant female characters, becoming prophetic representatives of a species of women who yearn for something beyoind settling down and nesting, with or without marriage and family.

In one of the great opening scenes in all of cinema, Russell's Hildy sweeps through the old familiar newsoom like a ship in full sail, waving the new engagement ring which she will display triumphantly to her ex, editor Walter Burns. Like two prizefighters used to each other's moves but relishing the unexpected, their encounter is a veritable compendium of virtuoso acting, editing, and mise-en-scene, in which two "old pros" play two old pros. The rhythm and timing of their moves and countermoves brings their past relationship into focus and, in a series of gestural and verbal jabs, thrusts and parries, launches them afresh into battle.

As Hildy gets sucked into the maelstrom of her work and falls prey to Walter's killer charms, none of Hawks' heroines speaks more gallantly to the conflict
in certain women between a zeal for work on the one hand and, on the other, the yearning to be taken care of. Or between two kinds of husbands: the charismatic heel and the dulll safe bet. 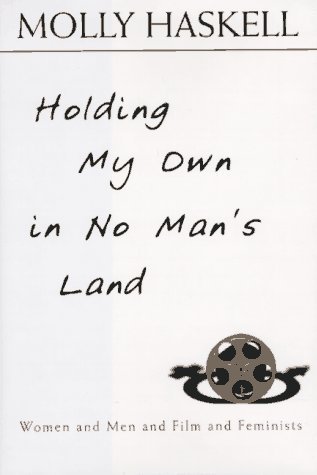